Chihuahua Mix With Pomeranian – Basic Guide On How To Care

Pomchi – cute, fluffy, playful, and energetic furry companion. But what is a Pomchi? It is a Chihuahua mix with Pomeranian, also known as Chi-Pom, Pomahuahua, or Pom-Chi.

This Chihuahua mix with Pomeranian is a toy breed, like Shih Tzu or toy Maltipoos, but they have a bold and protective personalities. These adorable furballs can bond strongly with their owners.

Since it is a mix of two breeds, this little furry ball of love will inherit traits from both its parents. But how big can a Pomchi get? What are its character traits? Our article will give you an answer to all these questions and more.

How Does a Chihuahua mix with Pomeranian Look Like?

As we mentioned above, Pomchi is a Chihuahua mix with Pomeranian, and its popularity is increasing more and more. This mixed breed is the perfect small companion, and its fevisty and lively character can make it a good watchdog. Its loyalty to you and your family will be bigger than its size.

Being a mix of Chihuahua and Pomeranian, it can look like any of its parents or take some traits from both of them. Typically, its ears will stand straight up, and the cute face resembles its Chihuahua parent. Due to the shape of its body, taken from its Pomeranian parent, a Pomchi’s look is sometimes described as that of a little fox.

Furthermore, Pomchi’s coat may be fluffier and take after its Pomerian side, or it may lean towards the Chihuahua side, shorter and straight. Its fur would normally be shorter on its head but longer on its body. Nevertheless, most Pomchis will have a soft coat unless the Chihuahua genes are more dominant. But, if they take after their Pomeranian parent, they may have a double coat.

In relation, the color of the coat of a Chihuahua mixed with a Pomeranian can be a mix of different colors (brown, cream, white, black, tan, grey, or black), or it can be one color. They may have lighter hair on their chest and/or their snout.

How Big Will a Pomeranian Chihuahua Mix Get?

As it is a mix of two small breeds, a Pomeranian Chihuahua mix would be a rather small dog. Depending on the size of its parents, a Pomchi can be of a standard or teacup size.

Males may be a little larger than females, but they still belong to the group of toy breeds. Female Chihuahua mixed with Pomeranian can grow five to nine inches, whereas a male can get six to ten inches tall at the shoulder.

Moreover, these fluffy balls of love can weigh five to twelve pounds for females and six to fourteen pounds for males.

Teacup Pomeranian Chihuahua mix can grow up to six inches in height and weigh between three to seven pounds. These tiny furry companies are very small and fragile. Since they are very delicate, taking care of them is more difficult. They can be easily injured by a small jump off the couch or someone’s lap.

At What Age Is a Pomchi Full-Grown?

By their twelfth month, Pomchis are fully grown. However, their growth may not change significantly after their sixth or seventh month.

Most Pom-Chis will reach their adult height by their sixth month, and they will have gained most of their weight.

Pomchis have a personality that doesn’t match their size. They are loyal to the bone, highly energetic, and love having your attention all for themselves. But, even though they have such significant personalities, they enjoy cuddling time with their favorite people.

We mentioned that they would make good watchdogs, and that’s because they can be loud and quite protective of their family. And it is exactly because of their protective personality, love for their people, and boldness that they make great furry companions, and they are very popular among dog owners.

Furthermore, since they have a lot of energy, Pomchis like to have fun and play games with their favorite human. A game of fetch would be more enjoyable for your Chihuahua mix with Pomerian than a long hike.

Pom-Chis are a dog breed that barks frequently. So, if you are a person who is bothered by a dog barking, then maybe consider a different type of doggie for a companion. Usually, their bark carries some meaning. Either they are alerting you to the sound of a stranger or asking for your attention.

Moreover, Pomchis inherit their intelligence from both parents, so learning new tricks and commands will come a little bit easier to them than to some other breeds. Use their love for being the center of attention and teach your canine friend some tricks it would happily perform in front of anyone.

Be aware that Pom-Chis love spending time with their people, so if you leave it alone for a long time, it may develop separation anxiety. Therefore, if you tend to be out for more than eight hours a day without anyone else at home, you might want to consider a different dog breed.

Pomchis are adorable and perfect family dogs, but they don’t put up with many pokes and prods. If you have little children, ensure that you are present when they are around the pup because, thanks to the Chihuahua parent, Pomchis may have a bit of a short temper. Also, due to their more fragile nature, they can get hurt easily, so having young children around the Pom-Chi without supervision may not be the best idea.

Although they love being around their favorite people, they may get nervous and aggressive if put in a stressful and unfamiliar situation with new people.

Regardless of the breed, you must take good care of your puppy if you want a happy and healthy companion. What does good care include? It includes regular veterinary visits, grooming, balanced and proper nutrition, training, and spending quality time with your furry friend.

As with all dog breeds, there are certain health conditions to which Pomchis are predisposed, and some of them are the same as those a Chihuahua or a Pomeranian would face. Pom-Chis are generally healthy, and the health issues they may be prone to can be managed with regular vet checkups, balanced nutrition, and physical activity.

Some minor health conditions that a Chihuahua mixed with Pomeranian may suffer are allergies and shivers. Other issues that may develop are glaucoma, dental and gum disease, heart issues, epilepsy, patellar luxation, tracheal collapse, corneal dystrophy, and hypoglycemia.

However, if they are properly cared for, they can live longer than some other breeds since they are one of the longest-living doggies. Regular veterinary visits, once or twice a year, would be the best way to keep an eye on your pup’s health.

Like other small dog breeds, pomchis can quickly put on weight, so paying attention to their nutrition is crucial for their overall health and wellness. Consult with your vet on the proper amount of food (usually a minimum of half a cup and a maximum of one and a half to two cups a day, depending on the type of food and the age of your pup) you should give to your Pomchi.

Make a schedule and stick to eating and avoiding overeating. Any snacks and rewards should be considered and included in the daily food intake.

Positive reinforcement is a key to training your Chihuahua mix with Pomeranian. Ensure that the words your use as commands during the training stay the same. Avoid using synonyms because your puppy won’t understand that the different word has the same meaning.

Potty train your Pom-Chi from the first day you get it from the breeder. Take it out for a walk five or ten minutes after its meal, and don’t forget to reward it after it has its business. If you are adopting a Pomchi, it is likely already trained in this area.

Furthermore, be extremely patient with your pup because although they are intelligent, Pomchis can be pretty stubborn. Play games with your furry friend, and keep it engaged and stimulated.

Social life is equally important for your dog as it is for you. Introduce the little one to new people continuously but avoid putting it into stressful situations. Keeping its life social will ensure that it has the skills necessary to deal with strangers.

Regularly brushing your furry friend is very important for coat health and to avoid matting, but it is also good for you as you will have less for cleaning. Depending on the season and its shedding, brushing it with a soft brush several times a week is enough.

Ensure grooming time is something your Pomchi enjoys and looks forward to by giving it a little snack after brushing. Be gentle and make it a soothing experience for the little one.

Furthermore, taking your Pom-Chi for a regular haircut (or you can do it yourself) is crucial for keeping its coat trimmed and under control.

Cleaning the eyes Pomchi is another thing that should be part of the grooming experience. This is not only for esthetic reasons but also to avoid bacterial infections.

Dental care and cleaning are crucial for the health of your Chihuahua mixed with Pomeranian. Discuss the best practices to keep your Pomchis teeth clean and shiny with your veterinarian.

Bath time can be part of your bonding time. This is another experience that can be turned into something that your pup could enjoy. Bathing your puppy shouldn’t be done too frequently. Once every four to six weeks (or when necessary) is enough to preserve its skin’s natural oils and avoid it becoming too dry.

How Much Does a Pomeranian Chihuahua Mix Cost?

Usually, a mixed breed will have the same or lower price than its parents. But, being a relatively new mix breed and quite popular, Pomchis can match the price of its parents. So, besides the physical and character traits, they inherit the value from the Pomeranian and Chihuahua. If one of the parents holds an exceptionally high price, the Pom-Chi breed will cost more or less the same.

Depending on the breeder, these cuties can cost from $500 to $1,500. The price of its parents is around the same range.

Is a Pomchi Rare?

Chihuahua mixed with Pomeranian was a hard-to-find mix breed until the 1990s. Since their popularity has increased, we can find them easier nowadays.

Pomchis are adorable little creatures, fun to be around, and great companions for families with children older than ten years. Since they are quite petite, they are suitable for living in an apartment.

Besides their feisty temperament, they make excellent cuddly buddies and can be a great addition to your family. 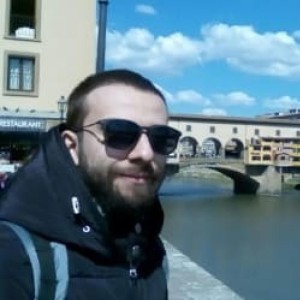 Kire’s love for pets dates all the way from his childhood holidays spent at his grandparent's farm. He made sure all nature's creatures were his furry friend, whether it was the little baby goat his grandparents kept, a stray cat that came every night for a treat, or the domesticated farm lizard. For over 10 years and counting, he is a proud owner of a lovely cat named Mitzy. Kire’s passion is to care, befriend, and show heaps of love to each beautiful soul every pet and animal has.

PrevPreviousWhich Types Of Rabbit Pets Are Best To Care For?
NextWhat’s The Best Air Freshener For Cats? – Top 6 RecommendationsNext