Why Is My Puppy Breathing Fast? – Important Advice For Dog Owners

When you bring a new puppy home, one of the first things you’ll want to do is take him for a walk. It’s also important to keep an eye on your pup’s breathing because rapid breathing can be a sign of excitement, anxiety, or illness.

Rapid breathing in puppies is usually due to stress, such as during a car ride or meeting a new person. However, if your puppy’s breathing remains rapid after the stressful event has ended, it could be a sign of a more serious health problem.

What Is Normal Breathing In Dogs?

Puppies should be breathing between 30 and 40 breaths per minute at rest.

Why is my puppy breathing fast?

Many things can cause a dog to breathe fast than normal, including excitement, stress, anxiety, and illness.

Some of the most common causes of breathing fast in dogs include:

When a dog is excited, he may start to breathe fast as his heart rate increases.

Dogs often breathe more rapidly when they’re stressed or anxious, such as during a car ride or meeting a new person.

Dogs may also pant and breathe fast when they’re anxious about things happening in their environment, such as thunderstorms or fireworks.

Puppies and dogs may breathe more quickly when they’re sick or have a fever.

My Puppy Breathing Fast When Sleeping?

It’s normal for puppies to breathe more quickly when they’re active, but you should also keep an eye on your pup’s breathing when he’s sleeping. Rapid breathing while sleeping can be a sign of excitement, anxiety, or illness.

Symptoms Of Fast Breathing In Dogs

Dogs that are panting or breathing fast than normal should be taken to the veterinary to rule out any serious health concerns. Some of the most common symptoms of fast breathing in dogs include:

When should you be worried about the dog’s rapid breathing?

If you notice your puppy friend is breathing more quickly than normal, take a few minutes to observe his behavior and see if you can determine what might be causing the increase in respiration.

There are several things you should look out for that could be signs of a more serious health problem. Some of the most common symptoms of rapid breathing in dogs include excessive panting, labored breathing, rapid heart rate, nasal discharge, coughing, and swelling around the eyes and muzzle.

Rapid breathing can be a sign of excitement, anxiety, or illness, so it’s better to be safe than sorry and get your pup checked out by a professional.

The dog has pale or blue gums while breathing heavy

The dog panting with a partially open or closed mouth

As any dog owner knows, panting is a common behavior for our canine friends. Sometimes, dogs will pant with their mouths closed or partially open, but what does this mean? Several different factors can affect how dogs breathe and how much they pant.

For example, some dogs tend to pant more when they are overheated or exercising, while other dogs may do so out of nervousness or anxiety. Additionally, different breeds may breathe differently due to differences in temperament and metabolism.

Ultimately, the best way to determine why your dog is panting is to simply observe its behavior and take note of any other signs or symptoms. With careful observation and consideration of all the relevant factors, you should be able to gain a better understanding of your dog’s breathing patterns and perhaps even develop some solutions to help keep it happy and healthy.

The dog is making other noises while breathing

When my dog starts making strange noises while breathing heavily, it’s usually a sign that something is wrong. Sometimes it may just be an excess of mucus or allergies, but in other cases, it could indicate respiratory issues or infection.

Regardless of the cause, it’s important to take any breathing irregularities seriously and consult your vet as soon as possible. This can help alleviate symptoms and prevent more serious complications down the road.

Overall, if the dog is making strange sounds while breathing heavily, the best thing you can do is remain calm and seek out professional help right away. With proper care and attention, your beloved canine companion will be back to their old self in no time.

My dog appears to be in distress

At first glance, it seems that the dog is in distress. It is panting heavily and making distressed noises as if it is trying to say something. However, upon closer inspection, it looks as though the dog may just be excited or stressed about something outside of its control.

Perhaps it has been separated from its owner or is facing some other challenge, such as a looming thunderstorm. Regardless of what may be troubling the dog, I hope that it can find relief soon. With a little love and care, I’m sure this dog can get through even the toughest situations feeling happy and healthy.

After all, dogs are truly man’s best friend!

What To Do If The Puppy Breathing Fast

If the dog is panting heavily and breathing rapidly, it may be experiencing a respiratory emergency. In such cases, immediate action is required to prevent the dog from suffocating.

Here are some tips on what to do if the dog is having trouble breathing:

There’s no denying it – dogs are adorable!

Whether they’re happily sprinting around the yard, curled up peacefully in a cozy bed, or sprawled out with their tongue lolling to the side savoring a nap, dogs have an irresistible way of stealing our hearts. If you’re the lucky owner of a dog, then you know just how relaxing it can be to sit back and watch your furry best friend do his thing.

Whether he’s romping around in the backyard or snuggled up on the couch cuddling with you while watching TV, there’s no doubt that catching your dog relaxing is one of the best feelings in the world. So why not appreciate this moment and relax right along with your furry pal? After all, nothing beats spending some quality time together!

How will the vet diagnose the cause of my dog’s fast breathing?

When a dog is experiencing respiratory issues, it is important to find the root cause as quickly as possible to determine the most appropriate course of treatment. Depending on the specific symptoms being displayed, many different tests can be used to diagnose the cause of fast breathing in dogs.

Some common methods include taking radiographs or an X-ray of the chest, performing a physical examination including listening to the dog breathing with a stethoscope, and using an ultrasound to look at actual lung tissue.

Ultimately, the testing method depends on each case’s specifics and the information needed to determine a treatment plan. But with an accurate diagnosis, vets can work quickly and effectively to help your pup breathe easier again!

What are the treatments for fast breathing in dogs?

When a dog begins to exhibit fast breathing, it can be a cause for concern. In most cases, this type of abnormal respiratory rate is the result of an underlying medical condition. Some common causes of fast breathing in dogs include infections, allergic reactions, metabolic disorders, and respiratory problems.

Depending on the underlying cause, treatment for rapid breathing in dogs may involve using medications to alleviate symptoms or correcting any underlying structural abnormalities. For example, if the problem is due to an infection or allergies, antibiotics or antihistamines may be used to resolve the issue.

In more severe cases, surgery may need to be performed to correct anatomical issues that are causing breathing difficulties.

Overall, when it comes to treating fast breathing in dogs, the key is identifying and addressing the underlying cause as early as possible to get your dog back on track and breathing normally again.

If the puppy breathes fast, there’s a good chance something is wrong. The most common causes of rapid breathing in dogs are infections, heart problems, and anxiety. However, there are other potential causes as well. If you see any other symptoms along with your dog’s rapid breathing, or if the dog isn’t getting better after a few days of treatment, it’s important to take professional advice. Thanks for reading! We hope this article was helpful. 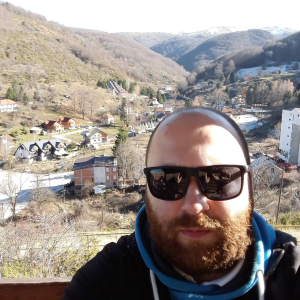 Pets' love has no limit... This quote is a guide for Nino for more than 20 years as a pet owner. He loves pets since his early childhood. As a pet owner, he believes that man becomes more responsible in his life and advises people, especially parents, to enable their children to care for their pets, so that they can learn to be more responsible in their lives and to respect animals and nature.